15 May 2020
Ozone layer: Concern grows over threat from replacement chemicals

Substances used for air conditioning in almost all new cars are building up in the environment and may pose a threat to human health, researchers say. These “ozone friendly” chemicals have been introduced to replace products that were damaging the ozone layer. Now widely used across industry, these alternatives do not break down in the environment. Scientists have now found increasing levels of these chemicals in Arctic ice samples dating back to the 1990s.
The Montreal Protocol is regarded as one of the most successful environmental treaties ever adopted.Signed back in 1987, it committed countries to regulate their use of chlorofluorocarbon chemicals (CFCs) that had recently been found to be depleting the ozone layer. A growing hole in the ozone over Antarctica had been detected in the mid-1980s and there was serious concern about the threat it posed to human health. CFCs were then widely used in refrigeration, in air conditioning, as solvents and in aerosol sprays.In the intervening decades, alternative products that are less harmful to the ozone layer were introduced. As a result, researchers have reported progress in reducing the size of the hole.
However, there are now concerns that the solution may be inadvertently damaging the environment and threatening human health. Canadian researchers, studying ice samples from the Arctic dating back to the 1990s, have found “dramatically” increasing levels of ozone replacements called short chain perfluoroalkyl carboxylic acids (scPFCAs). “We’re seeing much, much larger levels, on the order of 10 times higher now than we saw before the Montreal Protocol,” said Prof Cora Young, from York University in Toronto, the study’s corresponding author. “We don’t know a lot about them and their potential toxicity, but we do know that we are committing the environment to a great deal of contamination.”
The compounds being detected in the Arctic are in the same class as perfluoroalkyl substances, or PFAS, sometimes called the “forever chemicals”. These long-lasting chemicals are found in everything, from furniture to clothing to food wrapping to drinking water.There is growing concern about the role of PFAS in serious health conditions including cancer, liver damage and decreased fertility. The related products, found in the Arctic ice samples, do not break down in the environment and current water filtration technology is unable to remove them. The scientists expect levels of scPFCAS to increase markedly in the future. 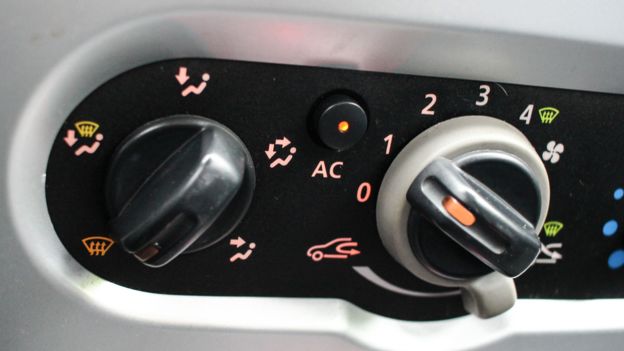 As part of the efforts to replace CFCs, car manufacturers around the world agreed to use a different coolant in air conditioning called HFC-134a which was introduced in 1992. While HFC-134a was less damaging to the ozone layer, it was unfortunately a very powerful greenhouse gas, around 1,400 times more warming that CO2. So manufacturers in the US and Europe agreed to phase out HFC-134a and by 2017 all new cars had to use a different coolant for air conditioning called HFO-1234yf.

While this chemical doesn’t damage ozone, and is not a greenhouse gas, it does unfortunately break down to produce short chain PFCAs. “It has a very low global warming potential, but has a much higher propensity to form these persistent products,” said Prof Young. “It will be again another shift, where we see an even more dramatic increase.” According to the researchers, these chemicals can travel a long distance in the atmosphere and often end up in lakes and rivers. They cause “irreversible contamination” and can impact the health of freshwater creatures including crustaceans and worms.

There is growing concern that these compounds may impact human health as well. “They’ve been found in the bodies of people in China, so it is likely to be found in the bodies of people around the world,” said Prof Young. “We have done a good job in trying to save the ozone layer but the unintended consequences are the release of these other chemicals, which have some concerns.” “They’re toxic, and then they don’t get filtered out in various ways.”
The study has been published in the journal Geophysical Research Letters.
Follow Matt on Twitter.
Source: https://www.bbc.com/news/science-environment-52663694
Share
06/06/2020

The winning projects have been announced by Engineers Without Borders USA (EWB-USA) in its Chill Challenge initiative launched last year. Seven initiatives to develop affordable refrigeration technologies in the developing ...
06/05/2020

World Environment Day 2020: Let’s use Nature to Cool Down the People and the Planet

‘A summer unlike any other’: heatwaves and Covid-19 are a deadly combination

As underserved populations face hotter neighborhoods and limited access to air conditioning, the pandemic threatens the malls and libraries where they typically find relief Temperatures in some California cities this ...
We Will: Efficient, Climate-Friendly Cooling for All
Receive latest stories, news on efficient, climate-friendly cooling and join the movement!
Sign-up for email updates
X